The gaps in our Commonwealth system of regulating political finance

The Commonwealth Government has the weakest political finance laws in the country. The enormous gaps in Australia’s regulatory framework make it easy for wealthy companies and industries to use money to influence decision makers. Lax disclosure rules mean that these donations can often be made while avoiding scrutiny.

The following gaps in the regulation of money in politics lead to big money having an undue influence on our electoral process:

Figure 1: Commonwealth has weakest laws in the country 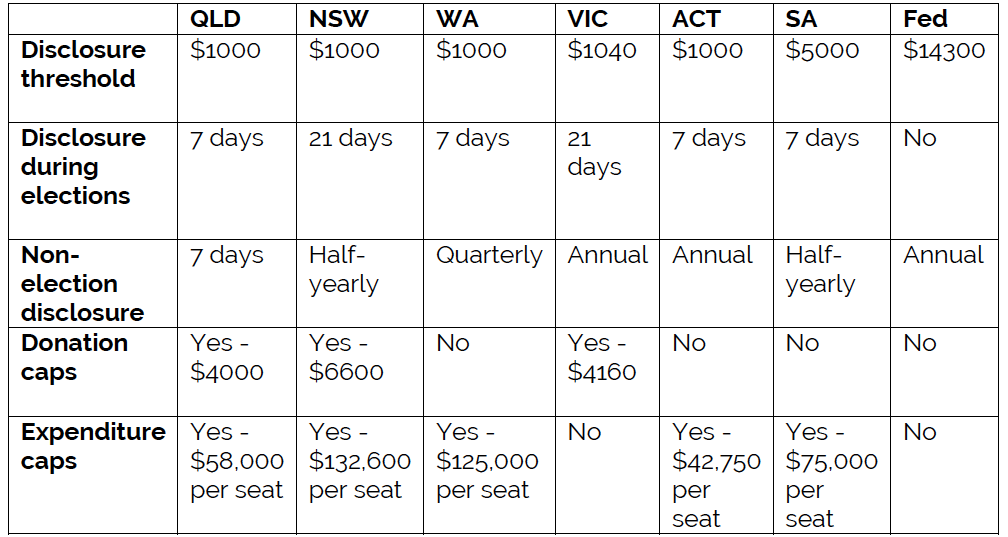 There are major gaps and delays in the disclosure of political donations and contributions.

Donations disclosures are due to be submitted in October each year, but are only made public in February the following year. This means that there is a long delay after elections until voters find out who was funding the campaign. For example, donations to the May 2019 election were only made publicly available in February 2020.

Only donations over the threshold of $14,300 need to be disclosed. The lack of aggregation means that donors can make multiple donations of $14,200 and not disclose their contributions.

The limited categorisation of disclosures means that the source of over $1 billion in contributions was hidden from public view from 1999-2019 (figure 2).

The current disclosure system is not properly enforced. The Australian Electoral Commission lacks the capacity and resourcing to monitor compliance, and there is no National Integrity Commission established to investigate serious breaches.

There is no limit on what political parties, associated entities and third parties can spend in federal elections. This enables individual and corporations with greater wealth to have an undue influence on elections.

There is also no limit to what donors can give to political parties, associated entities or third parties.

The 2019 election saw the two largest individual donations in history, with Clive Palmer donating $83.5 million to the United Australia Party, and Sugalena donating $4.1 million to the Liberal Party.3 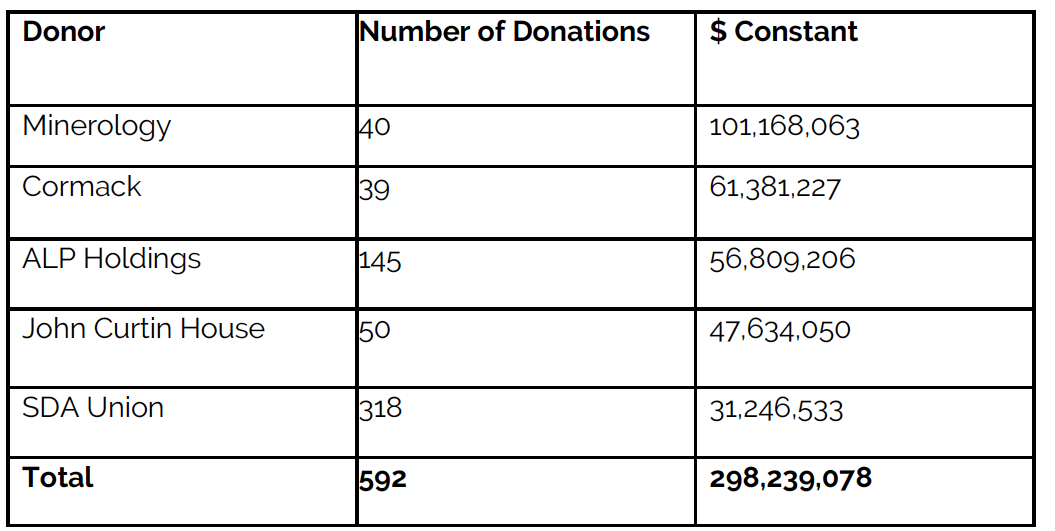