With the recent commitment by Attorney-General Michaelia Cash to introduce the Government’s proposed Commonwealth Integrity Commission (CIC) Bill into Parliament before the end of the year, as well as the reintroduction of Helen Haines’ Australian Federal Integrity Commission Bill and the ALP’s announcement of the National Anti- Corruption Commission it will enact if elected, a comparison of the various proposed models and their State-based counterparts is instructive.

These powers feature in both independent MP Helen Haines’ Bill and the model proposed by the ALP; in contrast, none of them is a feature of the Government’s proposed CIC.

Table 1 sets out our comparison of the features of State and Territory integrity commissions, as well as the models proposed by the Federal Government, the ALP and independent MP Helen Haines.

Because the legislation involved is complex, a more detailed analysis can be found on our website. 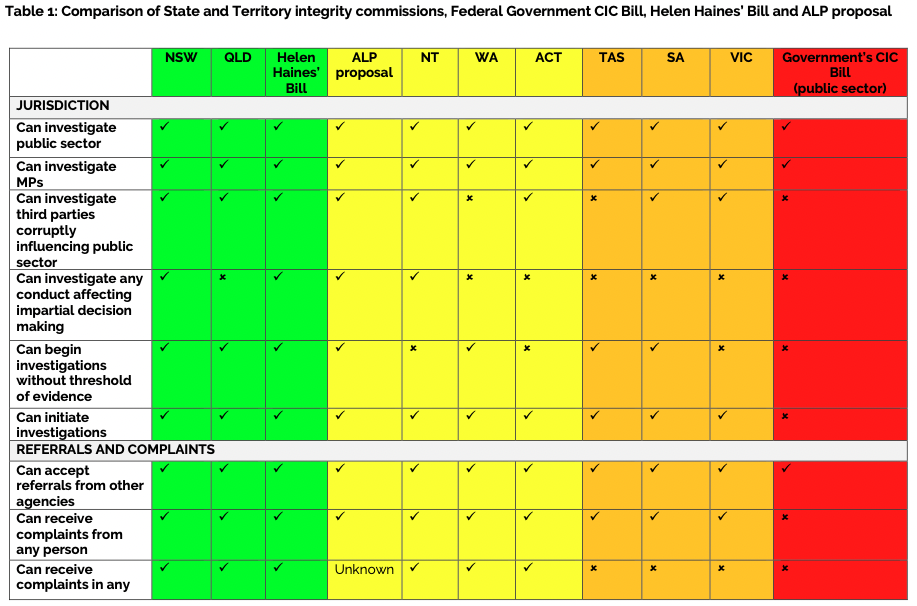 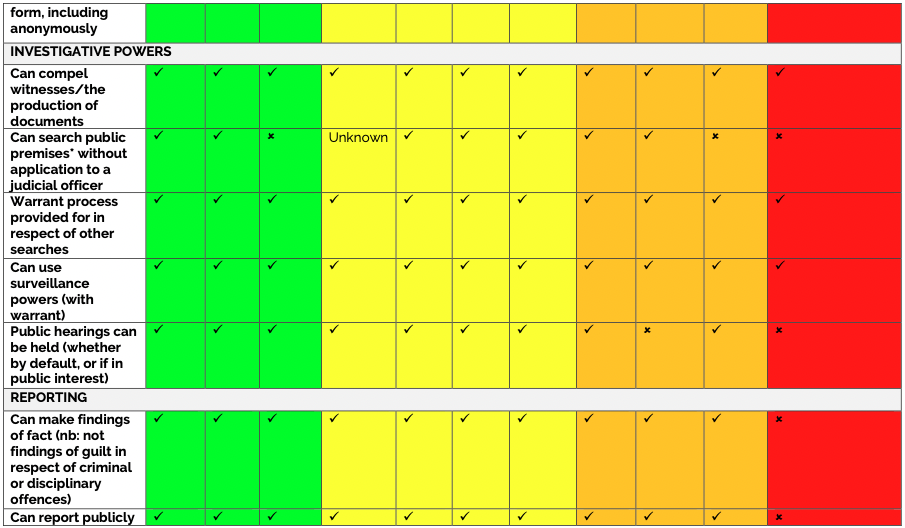 The public sector division of the Government’s proposed Commonwealth Integrity Commission (CIC) would be the weakest integrity commission in the country.

It would not be able to investigate the 2021 Commuter Car Park Project pork-barrelling allegations, the 2020 Sports Grants scandal, the 2019 Crown Casino scandal, allegations of conflict of interest (such as the 2019 allegations involving Minister Angus Taylor’s family business), or potential breaches of the Ministerial Code of Conduct (such as those alleged in 2019 to have been committed by Christopher Pyne and Julie Bishop).

Its weakness is a consequence of the following deficiencies of jurisdiction and power:

Comparing the features of existing state integrity commissions with the models proposed by the Federal Government, the ALP and Helen Haines reveals that the Government’s CIC would be the weakest and least effective integrity agency in the country.It would be ineffective in investigating or exposing corruption in government and the public sector, and requires urgent amendment if it is to be fit-for-purpose.